I ran this session and didn’t take any notes, so, if anyone has notes for it, can you please let me have them. This is a very brief sum up from my recollection of it.

There is a debate about whether robots are an answer for social care because it is said that society does not have the resources to continue paying for human beings to assist people with day-to-day tasks. Also some people find it difficult to allow other humans to perform intimate tasks. Leading the session, John Popham referenced a presentation he had videoed by Professor Heinz Wolff in which the professor had said the Holy Grail was the search for the bottom-wiping robot.

At the beginning of the session at least, the majority mood was highly sceptical of the role of robots. In particular it was felt that widespread use of robots would risk de-humanising the care process and taking away some people’s only or main source of human contact. On the other side of the argument it was suggested that using robots might free-up human carers to do more engaging tasks, and that some people’s experience of care services provided by humans was not that great, and they might prefer more certainty offered by robots.

It was generally agreed that some palliative care could be offered by robots, and the examples of Paro the interactive seal (see video below) and robot pets in care homes were cited.

There was a discussion about the nature of robots and there appeared to be general agreement that the quest to develop human-like robots was actually counter-productive as the results were creepy and likely to put people off the whole idea of using them. The Atlas robot (see video below) developed by Boston Dynamics was cited as a possible model, it does not attempt to look like a human, but it has human characteristics, although it was felt that some of its movements were a little bit creepy.

The general feeling of the group was that the jury is out on the role of robots in social care, but that, given the pace of change, we cannot predict how robotics will evolve and it is very likely there will be breakthroughs in the future which make it a “no brainer” to use them.

Basically, robots are not going away and they are likely to have future roles in social care as they are in other aspects of life.

Thanks to our sponsors: 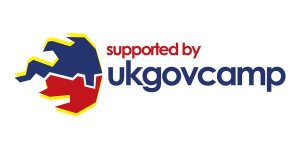 One thought on “Can Robots Solve the Social Care Crisis?”

< Previous Next >
+ Add your own event Eventbrite